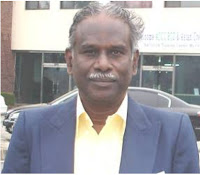 About the Author: Bhakther Solomon , the CEO of Development Promotion Group (DPG), Chennai, is an economist by training who worked within the NGO sector for more than 35 years.

He initially worked in senior management capacity for several NGOs, including ActionAid India before founding DPG in 1986 which works in Tamil Nadu, Andhra Pradesh and Karnataka. These projects, both urban and rural in nature, range from watershed development to sanitation to housing to education.


Since 2000, DPG had begun an active role in the provision of micro credit facilities, facilitating federations and SHG-Bank linkages.  RA
In recent years, both urban and rural areas have seen the entry of many Micro Finance Institutions (MFIs) and MNC sponsored Micro Finance Companies. Their declared goal is to provide Micro Finance to the poor, at least cost, at their door steps. One can now see nearly a dozen Micro Finance institutions in almost all villages in our working areas. On the positive side, this has reduced the role of money lenders and the interest rates have come down.
The other side of the picture is that these institutions have now slowly pegged up their interest rate. In the early period i.e. about a decade ago, MFIs did provide credit at around 12% equivalent to the bank interest rate. But now their rates are much higher than the Bank loan rates. It goes up to even 36%.

If one takes into account all the hidden charges, the interest rate varies from 18% to 36% and in a few cases, well above 36%. Again, due to availability of plenty of credit outlets, many are forced to take credit for all purposes. It is also surprising to note that few families have become clients in more than two or three institutions. A Bangladesh model is slowly getting in operation, wherein one gets a loan from a MFI to repay another MFI loan. Strange but true.

In few cases, I won’t be surprised if such a trend creeps into our villages also. Even if the credit is used for productive purpose, whatever the poor get as “additional income” is now mostly appropriated by the “new lenders”. Unfortunately, the simple explanation given by MFIs for high interest rate is that the cost of funds plus operation costs are much higher that the normal bank rate! Unfortunately, the labour theory of Karl Marx is not even being talked about by his so-called followers!

It is a pity that NGOs which come into being to help the poor to acquire their legitimate rights to be established from the Government, Banks and other development  organizations have now floated their own for-profit micro-finance  institutions to “serve” the same poor.

The alternative model of growth initiated by MFIs has become very costly compared to normal development credit from banks and other Government sources. The MFIs that are supposed to mobilize the people to get Bank loans under Differential Rate of Interest (DRI) Scheme and other portfolios have now become merchants of their own credit portfolios. Unfortunately, these merchants are more visible everywhere than the financial inclusion policy and practices of banks!

Will this bubble explode at one point in time resulting in greater injury to the poor? How long will this go on? Will there be a regulatory body-self regulatory or Government controlled one – to ensure that the marginalized are not explicated further? What matters in Development is not the cost of operation but the causes that lead the families to poverty!

Posted by Rajan Alexander at 1:33 PM